Grapefruit Durban is everything you need in a sativa-dominant strain! A soaring, roller-coaster, Durban high is coupled with a distinct flavor of pink grapefruit – the result of a cross between the pure landrace sativa Durban Poison and the legendary and mysterious Grapefruit. Jack Herer, Haze, and Durban lineages all cross together in this excellent-tasting strain to give it a legendary pedigree second to none.

With a menacing name that hints at its powerful psychoactivity, Durban Poison is a pure South African sativa landrace. It is a bold and sticky variety that’s well adapted to a variety of growing conditions. Durban Poison boasts a THC content of between 15% and 25%.

Cannabis has been cultivated on the African continent since at least the 14th century; by the era of Dutch colonization, it had spread south and the Khoikhoi, San, and Bantu groups indigenous to South Africa had an established cultivation and cultural acceptance of the drug, which they called dagga. THC vape cartridges

In the late 1970s, American breeder Ed Rosenthal selectively bred several plants from a bag of South African seeds that he brought back to the U.S. Rosenthal then passed some prime specimens on to fellow breeder Mel Frank, who fine-tuned the genetics to optimize resin content and flowering time. Frank’s efforts resulted in “A” and “B” lines of the original seed stock; the B line was given to Amsterdam breeder Sam the Skunkman, who further reduced the strain’s flowering time.

Buds of Durban Poison are medium to large in size. Although they have a dense, compact structure typical of indica varieties, their long and tapered shape is more characteristic of sativas. The forest green leaves are offset by bright orange pistils, meant to catch pollen from male fertilizing plants. A coating of milky-white trichomes gives the cured flowers a light sheen and an incredibly sticky texture. Durban Poison has a classically dank smell punctuated by hints of sweet licorice. The flowers are pungent and skunky when broken open or burnt and give off a thick, lung-expanding smoke. The licorice aroma is evident on the exhale, along with the taste of sweet, almost cloying pine sap.

Durban Poison has a clear, focused high that hits users right away. The amplification of sights and sounds may be initially disorienting but in the right setting can slide into an active, buzzy head high. Almost entirely cerebral with no hints of debilitating heaviness or couchlock, this strain can be especially helpful for creative endeavors — it’s a great way to contemplate the nuances of an intense movie or a piece of music. Durban Poison can also be a strong social lubricant, helping smokers to feel chatty and more at ease. Any medical benefits are more mental than physical — this strain can confer a sense of mindfulness to help those perpetually distracted by depression, anxiety, and PTSD. It can also help those with attention deficit disorders maintain a deep, intense focus. Because it’s so potent and cerebral, Durban Poison can also have some undesirable side effects. It may put users into overdrive, making them feel on edge or jittery. It can also lead to a kind of rapid-association “mindrace,” making smokers feel paranoid or out of control. Definitely more suited to daytime than sleepy nighttime use, Durban Poison is a quintessential wake and bake strain. Its high typically lasts between 2 and 3 hours.

Because of its hardy and time-tested genetics, Durban Poison is a good grow for newcomers to cultivation. It can reach 12 feet in height, and as such, can be successfully grown outdoors in warm, semi-humid climates with consistent daily temperatures between 72 and 80 degrees Fahrenheit. Indoor growers will want to tame Durban Poison’s height by bending and pruning the spindly branches early on in the vegetative stage. Thanks to its time-tested cultivation and internationally-engineered genetics, this strain flowers remarkably quickly for a sativa, reaching maturity in 8 to 9 weeks when grown indoors and by late September when grown outdoors. Plants also reward growers with a higher than average yield.Named after South Africa’s second largest city, Durban Poison offers a chance to enjoy one of Africa’s contributions to the panoply of potent global landrace strains. It has a sweet, hash smell and a high resin content that makes it particularly valuable in the production of THC concentrates like shatter and wax. Often likened to espresso, Durban Poison gives users a mobile and active high that’s as enjoyable at a party as it is at alone, accomplishing creative or mundane tasks.

There are no reviews yet.

Be the first to review “Durban Poison” Cancel reply 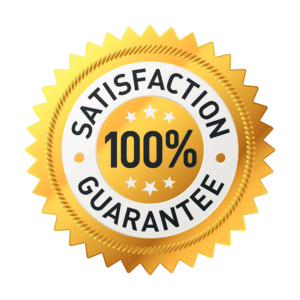